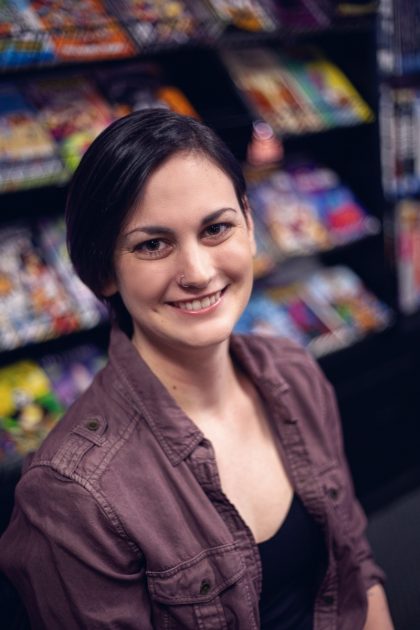 Things started to go downhill fast at the University of South Florida when, after some passionate vigorous bouts of much repeated weekend sex, Dr. Marc Santos, @Oisin16, gave his student, Stephanie Phillips, @Steph_Smash, the nickname "Goldie."

The year was 2015. I was in my first year of the English MA program at the University of South Florida @USouthFlorida. Santos was one of my professors. Stephanie Phillips [pictured above] was a doctoral student, also studying in the graduate school. Phillips and I took only one class together, taught by Santos, along with eight or nine other graduate students.

As a general introduction to post-graduate research, graduate students are encouraged to attend conferences and mingle with their future peers outside of their own home institution. On the weekend of October 28, 2015 one such conference took place in Arizona. A handful of graduate students, subsidized by the university, attended the three-day conference.

Long story short, Marc and Stephanie spent a good part of the long weekend – there’s no other way to say it succinctly – fucking their brains out.

According to Stephanie’s testimony at the secret TITLE IX hearing convened by the university several months later, that is when, during their weekend tryst, Santos bestowed the nickname “Goldie” on her.

Testifying in camera at the TITLE IX sexual harassment hearing, Stephanie maintained that Santos’ extreme attraction to her well-shaped naked rear-end persisted. In their bedroom banter throughout that entire weekend Santos had continually told her that she had a 24-carat gold rear end. Hence, he playfully began to call Stephanie, “Goldie.”

She went on to tell the discipline committee that Santos’ penchant for her perfect posterior continued unabated. Passing in the halls, arriving at our class at USF, eating lunch at the commissary in the Marshall Student center, or at Subway, or Chic-Filet, Santos, after that auspicious weekend, always addressed her as “Goldie.” She went on to surmise that Santos had been grooming her for several years, leading up to her ultimate seduction at the conference. She testified further that Santos had previously invited her to his home to play board games with his wife. He had paid undue attention to her in years previous, making her one of his special students, when she had taken other classes with him. She went on to identify to the committee reasons why she had become leery of men.

But that was not the whole story.

She failed to tell the committee that she now played ice-hockey twice a week in a rough and tumble amateur woman’s league. And there is no record that she identified herself as an advanced practitioner of the vicious combat sport of Muay Thai kick-boxing who spends lots of time in the gym honing her skills. This additional information might have swayed the discipline committee into understanding that here was a young woman who could look after herself. Handily.

Nevertheless, after Marc Santos @Oisin16 was found complicit/guilty of inappropriate behavior at the in camera meetings the wan professor Santos was ushered out the door of USF, one way or another. He was, in his words to me, “on the market.” The Tampa Bay Times latched onto the story and well … you can read all the naughty details in their archive, I’m sure. Clearly, someone at the University of North Colorado was NOT paying attention to The Tampa Bay Times . Santos quickly landed a position there, (Once again I refer you to the Tampa Bay Times archive.) where he is presently at this writing, located. In August and September of 2016 the Denver area newspapers made a big stink about the fact that the University of South Florida (USF) fudged the reference they had provided Santos.

Stephanie hung on tenuously for a year and then fled (on account of her shameful behavior being the best kept non-secret on the USF campus?) her hometown area of Tampa Bay. In a weather related story she moved to the greener pastures of Western New York and the SUNY (State University of New York) system, landing smack in the middle of Buffalo where she has now completed an English doctoral program.

This story is emblematic of the Black Widow Woman discussed and exemplified in much greater detail in Chapter 57 of Susan Starr’s memoir. Who was working who? Should Santos have lost his job? Or, was Santos just a scapegoat for Stephanie, the sociopath? She knew that filing a formal complaint under TITLE IX would cause an explosion. Our entire cohort was thoroughly trained in the severity of TITLE IX as regards sexual harassment. There were twenty other ways to handle this pesky ‘one or two night stand’ professor who was then fifteen years older than her. She could start to call Santos, “small dicked prof or SDP”, whenever they crossed paths. Bear in mind, she was unattached, living at home, pretty insulated from being shamed. She could call his wife (remember those board games!) Just applying for a restraining order – never mind getting one – would scare the sh** out of an academic, a professor actively seeking tenure. Stephanie had a very large number of other options. She chose the most painful one for both herself, for Santos, and for the University of South Florida.

Please don’t suggest that a reasonably attractive high achiever like Stephanie Phillips does not know about the power of her PUSSY. We must assume a young woman with her skills and her depth of knowledge knows the adage PITA (Pussy Is The Answer!!) all too well. Stephanie is an outstanding talented cartoonist – I have the comic ancient Greek Scholar card set Stephanie presented to the class as her final graduation project for the course completion. I’ve seen Stephanie in action. I have seen the brutal thrust of her razor sharp sword, so to speak. But that’s a story for another day. Her whole vicious, malicious, and propitious game smacks to me as the behavior of a sociopath – in my terminology, a Black Widow Woman.

FACTOID: Latex condoms can be rendered virtually ineffective as protection from STDs when used with a petroleum-based product such as Vaseline or mineral oil. Use of such products causes rapid deterioration of latex, resulting in minute perforations through which viral and bacterial contaminates may enter. 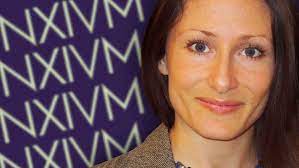 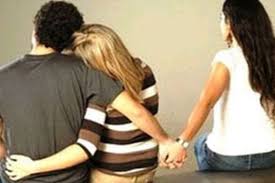