Since antiquity sex and sexuality have enjoyed a symbiotic relationship with poetry leading to sex and poetry as synonyms.

Then check Duffy against her contemporary, Vanessa Place, attorney in California’s appellate court by day, poet by night. Place writes specifically in the L-A-N-G-U-A-G-E form where there is always an undercurrent of playfulness in the words. Place’s fun poem “La Medusa”, celebrating the vagina, is a wry high-art satirical comment on misogyny. Find her performing the poem here on YouTube:

The post-modern school, in the thirty year period after WWII, produced well known literary characters. Poets, such as Sylvia Plath, Adrienne Rich, Charles Bukowski, Alan Ginsberg, and a host of others grabbed the limelight. Consider how Bukowski’s, “a 340 dollar horse and a hundred dollar whore” (link just below) drove societal awareness.

Looking back to the Victorian era we find the Pre-Raphaelite school, where analysis demands a look at Danté Gabriel Rossetti’s sister, Christina Rossetti. Her poem “Goblin Market” stands out as an all-time sexual smorgasbord. Conventional schooling teaches students that the poem is about two sisters induced to buy fruit from a troop of goblin men. The sisters enjoy the fruit, one overeats and gets sick, and then they console each other; cute interpretation but way off base. The poem is about two sisters who enjoy being sexually seduced and one sister getting gang-banged. The gangbang girl falls ill (swoons) due to an excess of sexual pleasure and when she recovers the sisters begin an incestuous coupling. Check the link just below and see for yourself.

Alexander Pope’s famous 1712 poem taught in schools everywhere is emblematic of the link between sex and poetry as synonyms. In his long mock-heroic poem “Rape of the Lock” Pope satirizes male sexual desire by inverting the quest to penetrate the vagina. Instead the speaker idolizes, pursues, and then violently captures and ravishes a lock of her hair. Symbolically the lock stands in for the vagina.

Present day English was preceded by Middle English and Geoffrey Chaucer was then a most prominent scribe. Written circa 1390 this poem, “The Miller’s Tale”, is considered Chaucer’s funniest. Following is one of many synopses of this ribald classic demonstrating sex and poetry as synonyms found on the internet.

“John, an old and very jealous carpenter who is married to an 18-year-old girl named Alison, rents a room to a young astrology student named Nicholas, who can supposedly forecast the likelihood of rain showers or drought. Nicholas soon falls in love with Alison and one day grasps her around the groins and cries, "Love me all-at-once or I shall die." At first Alison resists, but the clerk soon overcomes her resistance, and together they conceive a plan whereby they will play a trick on the jealous husband.

Alison also has another admirer — Absalon, an effeminate incense swinger at the church. Very dainty and fastidious, Absalon is, in fact, so fastidious that he cannot tolerate people who expel gas in public. Although Absalon demonstrates his feelings for Alison by serenading her outside her bedroom window, she finds him a nuisance and is interested only in Nicholas, who conceives an elaborate plan to get John out of the house for the night.

Nicholas convinces John that the town is soon to be visited with a flood like the one that visited Noah in the Bible and that, to survive, he must build and fasten three boat-like tubs to the rafters and store within them provisions. John follows Nicholas' instructions, and the evening before the predicted flood, all three — John the carpenter; Alison, John's wife, and Nicholas, Alison's paramour — climb into the boats. When the carpenter sleeps, Alison and Nicholas quickly descend to Alison's bed where they spend the night making love.

Later that night, Absalon, discovering the Miller's absence, goes to Alison's window. Denied access to her room, he begs for one kiss. Afraid that the bothersome clerk will arouse the neighbors, Alison agrees to kiss him, but instead of her mouth, she extends her rear out the window. The fastidious Absalon "kissed her naked arse, most savorously." As he leaves, Absalon overhears the young lovers laughing at him.

Cured of his love sickness, Absalon borrows a red-hot poker from the blacksmith, returns to Alison's window, and tells her he has a golden ring for her: "I'll give it to you for one more kiss." But Nicholas, trying to one-better Alison's treatment of Absalon, opens the window instead and "stuck out his arse . . . buttocks and all" and farts in Absalon's face. Absalon recovers quickly and thrusts the red-hot poker up the middle of Nicholas' arse.

Nicholas shouts, "Water, help, Water, Water," startling John from his sleep. Thinking that the flood is coming, John cuts the rope that holds his boat suspended and crashes to the floor. The neighbors, hearing all the ruckus, rush in and, when they hear of John's preparations for a flood, laugh at his lunacy.” Read the Miller’s tale in Middle English here:

The creativity embodied by these aforementioned literary figures is sometimes referred to as “creative juice” more easily understood by sex and poetry as synonyms. I invite the reader to explore and conjure ideas as to why that word “juice” might carry more than simple implications. Maybe I’m perverted but to me the reference is clear – natural female vaginal lubrication juices and male semen. Both pop into my mind simultaneously. What do you think?

Next Post: Sexual Scandal at the University of South Florida

FACTOID: Research scientists Gregory Pincus and John Rock were inventors of the first oral contraceptive, Envoid, introduced to the U. S. market in the late 1950s by the Searle Company. 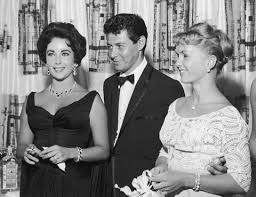