A Black Widow (BW) is a vicious malicious woman, a special type of grifter. She is a grifter who readily uses her genitalia to execute her agenda (her “vagenda”), always about conning people. That is one reason why the common street prostitute uses the term "trick" to usually discuss or describe her customer. The sex is always a grift, a con, a "trick". The BW has taken the grift to a higher level, thus earning a more sophisticated designation than mere street-walker. Call-girl, escort, and sugar baby are just three of the many various labels one might apply to Lesli, this black widow.

In Chapter 57 of her memoir, Lessons Inside the Lifestyle, Susan Starr touched upon the BW phenomenon which requires more analysis, more explication than I can probably provide. Let me try. But be warned. Elucidation about the species Black Widow Woman requires diving into dirt, muck, perversion, and profanity. Lesli Szabo (bestowed with the pseudonym "the Swab" by our friend Richard) is a textbook exemplar.

The Swab consistently tried her best to take outrageous advantage of everyone she met, always. Whether she was eating, sleeping, pissing, fucking, or drinking, those around her were continually on her hit list destined to come out short, or to be used to her advantage in some way, big or small. Lesli is a true Black Widow (grifter). Her reason to so much as take breath is to conquer or win in every transaction one hundred percent of the time. The notion of compromise or reasonableness is missing from the mind and the lexicon of all Black Widows.

I should have known or at least suspected (I did not.) based on how we met, that Lesli's act was grossly disingenuous. Susan was six months pregnant. After a pleasant dinner and social evening with our friends Harry and Vicki at their townhouse the time was just after one AM. Vicki was tired and wanted to go to bed. Pregnancy and a sweltering August evening had also exhausted Susan. Harry and I still needed action. We drove Susan home and Harry and I headed downtown to an after-hours Jamaican spot, "Tiger's Coconut Grove", where select patrons could grab an illicit drink or smoke.

In an animated loud discussion about politics while seated at Tiger's outdoor patio, without any hesitation, a lady sitting at the adjacent table joined in. Within one half hour Lesli introduced herself while casually informing us that she was a high-priced escort.

By the time we headed home just before five AM we had exchanged contact information after our lengthy lively political discussion. In the morning I told Susan the story. Several days later Susan and I invited Lesli for a barbeque at our home scheduled for the forthcoming weekend. The spareribs and fixing's Susan and I prepared were delicious. After a hearty dinner and right out of the blue, to an obviously very pregnant Susan, Lesli asked, "Am I being served for dessert?" To this day Susan rightly berates me, suggesting that that was the moment when I should have known everything about Lesli was foul.

Susan goes on to say that common sense dictates that even if she was into having sex with ladies, that moment chosen by Lesli was highly inappropriate given that Susan was sporting a prominent distended belly. As Susan says, "An obviously six months pregnant heterosexual married woman would hardly want to have sex with a woman she had just met, especially given that that woman's rambunctious five year old son is running around the house at dinner time." Of course, Susan's analysis is correct.

Eight months later when Lesli visited again the new baby Sarah was crawling on the floor. Lesli came through the vestibule and into the hallway, promptly stepping on baby Sarah's hand with her stiletto spiked heel. (That's just how unfeeling a human she is.) Lesli had already started her obvious campaign to seduce me while Susan, the new baby, and our six-year-old son were vacationing in Florida through February.

I readily admit that I was impressed by her perfectly contoured and delightful looking surgically rebuilt (not enhanced, but rebuilt) breasts on the three occasions Lesli, a vicious malicious woman, manoeuvred me into inspecting their naked form with such silly lame ruses as, "Please Bob -- you're my friend, aren't you? I would really like to know what you think of my rebuilt tits."

Unable to initially succeed in seducing me with low level trickery the Swab moved into high gear. To measure my vulnerability one by one she introduced me to a few of her proxies -- ladies we might label, her female sexual weapons. Candace Kepka was beautiful, sweet. and shapely -- owned body and soul by a mean Jamaican pimp. Heather McDonald was a striking pretty thirty-year-old money extraction machine with all holes available: each for even more big bucks. Even a casual observer could see the dollar signs blazing in Heather's eyes should they have looked closely. Orsella D'Allessandro was trying out prostitution as a career but because she demanded having somewhere between fifteen and fifty orgasms per day, she just mounted whichever rigid member she could convince. Because of the insatiable debilitating needs of her vaginal agenda (Vagenda!) she never earned or collected a penny. Arlene Subbiah was an east Indian girl pretending to be heterosexual who, after each and every date with a man, intruded (favorably, I might add) on Lesli late into the night to enjoy licking on some fresh call-girl pussy.

I never met the woman Lesli most envied: Bryna Friedman. Every one of Lesli's proxies knew Bryna well. Bryna operated her own escort service called Sugar & Spice. As subtly as possible, I inquired about Bryna from each lady. This is what emerged. They called her "the ballerina". I never found out why but I have some various salacious suspicions. Bryna was a petite cute Jewish girl in her thirties who had learned the art of fully draining the semen from any penis presented to her in under three minutes, using only her mouth. Lesli obviously valued such a skill because the less involvement with men that was required to extract money, the better. And Bryna was obviously the Queen of extractors both practically and figuratively.

This vicious malicious woman, 'the Swab', drew me deep into her orbit. She introduced both Susan and I to just one of her old elder patrons of which there may have been many.  Her former sugar daddy, Jack Griffin, was a retired businessman [Leco Industries] who had supported Lesli while she obtained an undergraduate degree at the University of Guelph. Jack owned a valuable farm property just outside Guelph where Lesli lived under "his tutelage" while at university. He had a pet name for Lesli. Always smiling broadly, he called her 'Biffy', and just as lovingly, she called him 'Griffy.'

Much more could be written about 'the Swab' but that is not necessary. After she managed to bed me just once (What an absolutely horrid experience that was!) she began her odious malevolent plans to extract money and favors from my friends. That did not end well: for Lesli.

If you want to read more raucous insanity about this Black Widow I urge you to find the newspaper coverage (Toronto Star, Globe & Mail: March 1998) around the $1.7 million lawsuit Lesli, such a vicious malicious woman, levelled against a major Canadian hospital in Hamilton because her twins’ 1993 birth was painful. 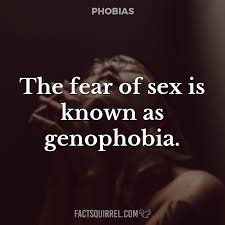 Meet Carol.  I mean Carmel.  Carmel/Carol is a Black Widow.  By that, I mean an out-of-control sociopath grifter.  A predator. At Bob’s firm Carol stood out, head and shoulders, as the best candidate. He recounts that she demonstrated superior language and communications skills. He remembers that she looked polished and attractive. Apparently the decision arrived…