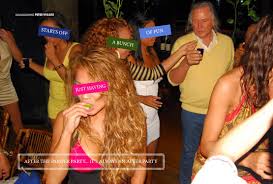 Fashion mogul, Perverted Peter Nygård, has filed an application to ask the country's highest court for permission to appeal a March 26 decision by the Manitoba Court of Appeal to deny him bail.

Court documents filed by Nygård's legal team May 3 for leave to appeal in the Supreme Court of Canada say the court should grant their request in order to clarify how the right to reasonable bail applies to a Canadian in an extradition case.

"The constitutional right to reasonable bail is not a right reserved only to those accused that were charged in Canada," said the Nygard court filings.

Nygard's lawyers say the issue is of "national importance" because it raises questions about the differential treatment of Canadians tried at home, versus those facing possible extradition.

Perverted Peter Nygård, 79, has been in jail since he was arrested in Winnipeg on a provisional arrest warrant December 14. He  is being held at Headingley Correctional Centre awaiting possible extradition to the U.S. where he is charged with sex trafficking, transportation of a minor for prostitution and racketeering conspiracy, as well as other offences.

In the application for leave to appeal, Nygard's lawyers argued there are two main issues in this case: what weight should the court put on unproven allegations when determining bail, and whether the court should make a bail decision based on strength of the Crown's case in bail court or the strength of the requesting state's case at trial.

"It is a basic element of the presumption of innocence that a person is presumed innocent of criminal conduct unless and until guilt is proven beyond a reasonable doubt," said the Nygard court filings.

Nygard's lawyers say in bail hearings involving extradition cases, the Crown uses unproven allegations that haven't been tested in court, which are often brief, vague and rely on hearsay "making it difficult for the accused to challenge or rebut these allegations at the bail stage regardless of their veracity."

"Yet such unproven criminal conduct may be used at a bail hearing to deprive a presumptively innocent person of his or her liberty while awaiting trial on other charges" said the Nygard court filings.

Perverted Peter Nygård appealed that decision in the Manitoba Court of appeal, arguing the judge should not have relied on unproven allegations made by the United States Attorney for the Southern District of New York, referred to as the bail letters.

The bail letters alleged that over the past several decades, Perverted Peter Nygård "repeatedly engaged in efforts to obstruct justice and tamper with potential witnesses against him."

"Rather than taking a critical approach to assessing whether the evidence submitted by the United States was sufficient to meet the standard for detention ... both the bail judge and the bail review judge simply assumed that the evidence was sufficient to establish a substantial likelihood that the Applicant would interfere in the administration of justice," said the Nygard Supreme Court filings.

The documents said by accepting the allegations of witness tampering at face value, the bail judge applied a lower standard for deciding if bail should be granted than would have been the case if the accused was to be tried in a Canadian court.

In an email to CBC News, a spokesperson for the Supreme Court said this case is at a very preliminary stage and that no date has been set to hear it.

"A date will only be set if the application for leave to appeal is granted," the email said.