The accused sexual predator will not be extradited to the United States until the disgraced octogenarian fashion mogul first faces the music in his own country. For the Toronto women who accuse Peter Nygard of rape and forcible confinement, the decision comes as a relief.

“I know that for Canadian survivors and the Canadian public, it’s very important that the accused sexual predator be tried in Canada first because he did start here, he gained his wealth here and there are so many survivors here going back to the 1970s,” said therapist Shannon Moroney, a social worker and advocate who counsels about 40 of Nygard’s accusers, including five of the six complainants in Toronto.

“The wheels of justice are finally moving, and they’re going to move forward in Canada first.”

But there are mixed emotions for those women in the U.S. who will now have to wait much longer for their day in court. “But all of these survivors are very brave and very mature and the overarching attitude is that the most important thing is that he is convicted somewhere and a charge for one person is a charge for everyone,” Moroney said in an interview.

In a tweet Tuesday, Justice Minister David Lametti announced that he’d ordered that Nygard be surrendered for extradition to face charges in the U.S., “but only after current criminal charges in Canada have been addressed.

“It is important that our Canadian legal process is completed so that all parties, including victims, have an opportunity to see justice served.”

In December 2020, prosecutors in the Southern District of New York announced a nine-count indictment charging Nygard, 79 at the time, with racketeering, sex trafficking, and related crimes involving dozens of victims in the U.S., the Bahamas, and Canada over 25 years.

Prosecutors claimed he targeted women and underage girls who came from poor or abusive backgrounds and recruited them by inviting them to “pamper parties” in the Bahamas or at his home in Marina Del Rey where they’d be showered with food, drink and spa services. They were then recruited to provide “Nygard’s sexual gratification and the sexual gratification of his friends and business associates.”

The indictment alleges “Nygard controlled these ‘girlfriends’ through a variety of means, including force, fraud and coercion.” He’s denied all the allegations and none of the accusations have been proven in court.

At the request of U.S. authorities, the long-maned former playboy was arrested in Winnipeg on Dec. 14, 2020 and remained in custody after losing repeated attempts at bail. At the start of his extradition hearing last fall, Nygard surprised the court by announcing he wouldn’t fight surrendering to the United States’ authorities on the charge of sex trafficking.

It was then up to Canada’s justice minister when he would be flown south.

It had become more complicated when, on the same day Nygard agreed to face charges in New York, Toronto Police issued an arrest warrant for his arrest on six historical charges of sexual assault and three of forcible confinement for incidents that allegedly occurred between 1987 and 2006 in Toronto.

Now the federal justice minister had to decide who would get to prosecute the accused sexual predator first — the glacially-slow Canadian justice system or that of the more expeditious New York state.

With Lametti’s decision to delay his extradition, Nygard is scheduled to appear at a Toronto hearing on March 30 to set a date for trial on charges here.

The only disappointment, Moroney said, is that Winnipeg Police investigating the allegations of eight women decided last year not to lay charges against Nygard in his hometown.

“I think everyone is now honestly going to hope that he lives long enough to face trial in both Canada and the United States. But whether survivors are inside the court with their own personal stories or standing outside in sisterhood, it’s not going to matter too much.”

As long as their voices are finally heard. 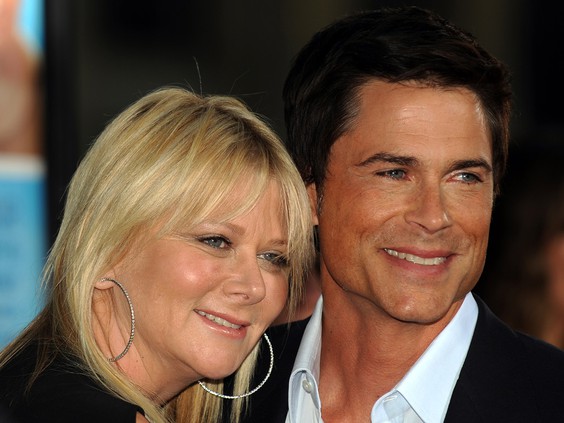 Rob Lowe’s wife Sheryl taught Gwyneth Paltrow to perform ‘Oral’ sex when Gwyneth was 18 and Sheryl was doing makeup on a Blythe Danner film. The ‘St Elmo’s Fire’ star joked – while making an appearance on ‘Jimmy Kimmel Live’ – about the revelation the 48-year-old Academy Award winner made about his 60-year-old wife, Sheryl…