Quick: what’s Prince William’s legacy? Is it being second in line of succession to the British throne? Is it his brief tenure as the cover star of countless issues of J-14 and People Sexiest Man Alive editions (and his subsequent disappearance from such publications after he hit his thirties and revealed himself to be genetically less aligned with his glamorous mother and more with his Danvers carrot-resembling father?) Or is it inadvertently popularizing a sex act that had been most prominently associated with a tongue-in-cheek superhero franchise?

Last week, HRH’s legacy was essentially solidified when the hashtag #PrinceOfPegging started trending on Twitter. The hashtag was based on a tip from DeuxMoi, an Instagram account that publishes (completely unverified) celebrity blind items. One of the blind items last week centered on a British royal whose extramarital affairs are “an open secret in London and amongst the English aristo set.” The blind item reads as follows:

Many royal watchers interpreted the tip as a reference to Prince William, whose marriage to Kate Middleton has been subject to intense speculation over the past few years. That’s largely due to rumors circulating about an extramarital affair between William and Rose Hanbury, who goes by the moniker the Marchioness of Cholmondeley (pronounced Chumley, for some reason). In 2019, there was a (now-deleted) story in the British tabloid the Sun suggesting that Kate Middleton and Rose, who had been good friends for some time, had had a falling-out, with some suggesting that William’s alleged affair with Rose was part of the reason why. (True to form, the palace did not comment directly on the story, instead dispatching anonymous sources to refute it. “This is a question of a lie going round the world before the truth has even had time to take its boots off,” one told the Daily Mail.)

Following the publication of that story, Rose has since been spotted going to church with William and Kate, and she was also photographed at Prince Philip’s memorial service a few months ago, ostensibly putting such rumors to bed. Yet the whispers of impropriety on William’s part have long lingered in the media, with the DeuxMoi blind item only fueling speculation. 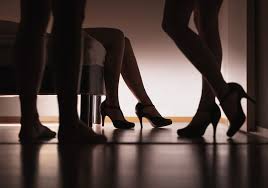 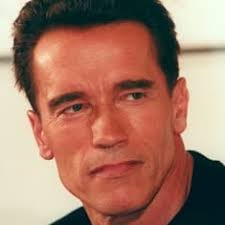 The titles and victories that Arnold Schwarzenegger achieved during his bodybuilding career are immaculate. He was the benchmark for the rest to achieve greatness. But, one shouldn’t keep him on top of relationship goals. Although he became a successful investor, a terrific action-hero movie star, and an able governor, relationships seem to not be his…