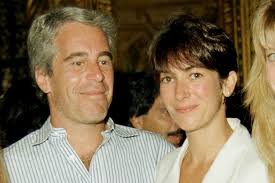 British reality star Adela King has shared chilling new details about her alleged encounter with prowling predators Ghislaine Maxwell and Jeffrey Epstein, recalling how she ended up topless and alone in a room with the convicted sex offender when she was a young model.

'I was very lucky to get away,' she told David Yontef on the latest episode of his podcast Behind The Velvet Rope.

According to King, she was about 20 years old when Maxwell approached at a cocktail party at Syon Park in London under the guise of offering her modeling work.

'This woman comes up to me and she said, "Are you a model." And I said, "Yes," because, at the time, I was modeling. I was 20. And she said, "Well, I'd really like you to come for a casting for a Victoria Secret campaign,"' the fashion designer alleged. 'I mean, who wouldn't want to do that? I was like, "Hell yeah."'

King said Maxwell introduced herself and gave her a business card, instructing her to show up at Claridges Hotel the next night at  8 p.m. for the casting and 'ask for Mr. Jeffrey Epstein.'

She recalled walking down the hotel's corridor and seeing two women fall out the Epstein's suite, laughing. Looking back, she believes one of the women was Maxwell.

'So already then I knew that this was something not right. You know? And obviously, that became very, very apparent afterwards,' she said.

King alleged that Epstein sat her on the sofa in the dimly-lit suite and flipped through her modeling portfolio before instructing her to stand up and take her top off.

'He said: 'And bend forward and push your breasts together,"' she claimed. 'Then he was like just sort of staring at me.'

King quickly realized it was a 'BS casting' and tried to extricate herself from the situation, saying 'it was very uncomfortable' and 'it just didn't feel right.'

She said she told Epstein she had dinner plans and left, but that wasn't the last time she encountered Maxwell.

The mother of two alleged that she ran into Epstein's ex-girlfriend at a private dinner party hosted by a socialite just two days later.

'Ghislaine walks in and she sits next to the host and she took one look at me and she was absolutely mortified. She couldn't believe that I ran the same circles as her,' King claimed. 'Once she saw me there, she couldn't look at me. She was literally mortified.'

King said she never heard from either of them again until ten years later when Epstein was investigated for sexually abusing a 14-year-old girl.

Epstein died in August 2019 in a federal Manhattan jail at age 66 as he awaited trial on sex trafficking charges. His death was ruled a suicide, though it was shrouded in mystery.

Meanwhile, Maxwell, 59, has pleaded not guilty to sex trafficking and other charges over her alleged role in procuring four teenage girls for Epstein to abuse between 1994 and 2004.

Her trial is slated for November; however, her lawyers requested last week that the judge in her case dismiss the charges against her and let her go in the wake of Bill Cosby's release.

In a letter on Friday, her team of attorneys asked Judge Alison J. Nathan to dismiss the sex trafficking charges against her, claiming that she, like Cosby, was promised that she wouldn't be prosecuted under a deal that Epstein was given in 2010.

Cosby was freed on June 30 because of a promise a prosecutor made in 2005 that he would not be charged. He went on to incriminate himself in a civil case and another prosecutor, years later, used those remarks to charge him.

Pennsylvania's Supreme Court ruled that it was unconstitutional and that had he not thought he was beyond reproach, he wouldn't have made the incriminating remarks.

King didn't mince words when she shared her revulsion over the prowling predators, Epstein and his right-hand woman, alleged crimes.

'I feel incredibly sorry for what's happened to everybody else,' she said. 'It's just disgusting. I mean, it's absolutely disgusting.

'And you know, to be honest with you, I'm disgusted with Ghislaine as well,' she added. 'I mean, for her to have that in her, that she would actually go and do that just to please a man.'

The only other time King has spoken of her alleged run-in with Maxwell and Epstein was in a series of Instagram posts nearly two years ago.

'I've come out with this in support of all of those women who were mostly children at the time and I hope they get the justice and peace they deserve. Love to you all as always,' she wrote.

'I have shared the following true story about my encounter with [the prowling predators] Jeffrey Epstein and Ghislaine Maxwell on my feed but I am posted [sic] it here too,' she added.

'I am doing this as it's the truth and the truth is in question so I am telling my story in support of all the women that suffered so horrifyingly at the hands of them and their accomplices. I wish them justice, peace and healing.' 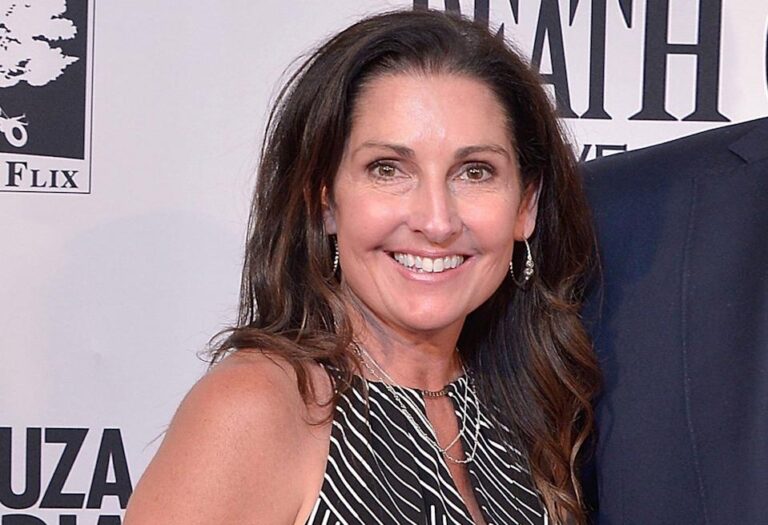